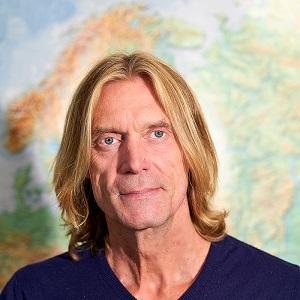 Darko Gavrilovic is professor (full professor) at Faculty of Sciences in Novi Sad, Serbia. He is visiting
professor at Faculty of European Legal and Political Studies in Novi Sad, Serbia. Also, he was visiting
professor at Aristotle University (Thessaloniki), Charles University (Prague), Lodz University (Lodz),
Jagiellonian University (Krakow) and University in Porto (Porto). Darko Gavrilovic is director of Center
for History, Democracy and Reconciliation (www.chdr-ns.com ). Professor Gavrilovic is chief editor of
the journal “Serb-Croat Relations in 20th century“. He closely works with Association for Historical
Dialogue and Accountability, Columbia University, New York, and European Network Remembrance
and Solidarity, Warsaw, Poland. Besides that, he wrote four screenplays for the documentary movies. One
of them is for documentary serial “The Myths of Nazism” (see http://chdr-ns.com/movies ) that was
produced in co-production of CHDR, National TV Vojvodina, and City Focus, Serbia (2010-2011).
Furthermore, he participate same as researcher as leader in many international and regional scientific
projects. Professor Gavrilovic research is focused on the political myths, anti-Semitism and Holocaust,
Serb – Croat political relations in the 20th century, and cultural studies. Darko Gavrilovic has written a
number of books, including those who are dealing with political myths „A Myth Factory: Political Myths
in the Former Yugoslavia and Successor States“ (edited by Darko Gavrilovic and Vjekoslav Perica,
Holland 2011), and “Surrogates for lost belief of socialist Yugoslavia” (Ljubiša Despotović, Srđan
Šljukić, Darko Gavrilović ; translated by Lidija Kapičić), Serbia 2010. His last book is “Myth about
Enemy, anti-Semitism of Dimitrije Ljotic” (2018). Professor Gavrilovic other current research interests
include Peace education, the question of human rights impact, specifically with regard to redress and
transitional justice.
In January of 2018, he received Award of The Federation of Jewish Communities in Serbia for
manuscript “The Myth about Enemy, anti-Semitism of Dimitrije Ljotic“. Darko Gavrilovic received
Jewish Society Award in Yugoslavia for the Novels in 1999., and in 2000. Also he received Diploma “St.
Cirilo and Metodije” of Scientific Forum at Faculty of Philology in Lodz, Poland, for research in Slavic
cultural relations in 2004.